7 Days of Gaming for Good 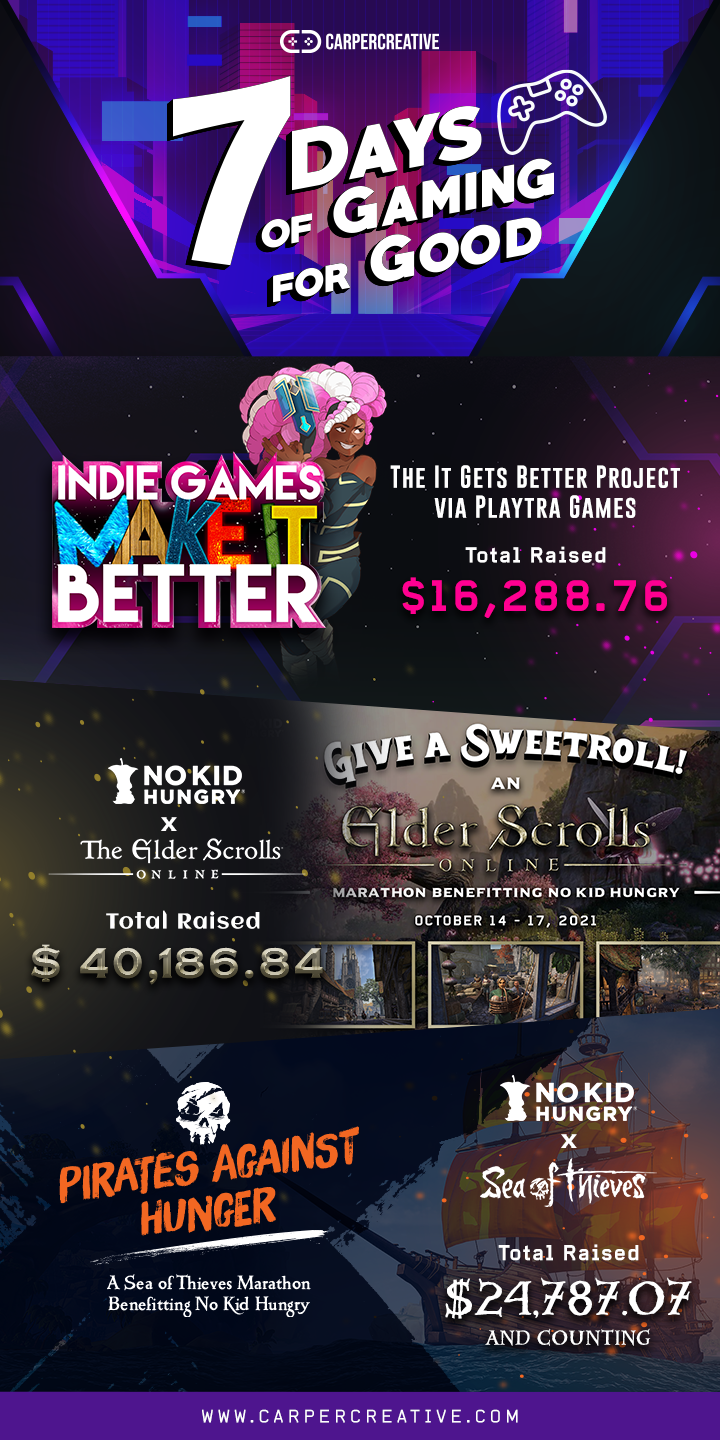 Over the course of 7 days, we ran three charity events.

The first event, Indie Games Make It Better, celebrated indie games and indie developers who champion LGBTQIA+ inclusion in their games and in their work. We collaborated with Playtra Games and Gayming Magazine to invite developers to the games showcase, and then we recruited streamers, built the event website, distributed stream kits, and coordinated the marathon itself.

All proceeds went directly to the It Gets Better Project to support their work with LGBTQ youth around the world.

Elder Scrolls Online: Give a Sweetroll!

Working directly with the Elder Scrolls Online at Bethesda to bring this event to life, this weekend event featured a relay of official ESO streamers and a bevy of supporting streams from other volunteer content creators. The ESO team also contributed prizes and incentives and a generous direct donation. All proceeds benefitted No Kid Hungry’s efforts to fight childhood hunger.

In collaboration with Rare, Microsoft, and the esports production team Status Effect, this fundraiser revolved around the promotion of “charity sails,” buyable cosmetics within Sea of Thieves. To drive more awareness to the sails, we worked with Status Effect to host a 48-hour relay that featured dozens of the top Sea of Thieves streamers, and then we followed that event with a week of volunteer streamers. As of this writing, the event is still going with proceeds going to No Kid Hungry.